Olá from São Paulo, where the national government through its Apex-Brasil organisation on Monday, 19 October held the first day of its Corporate Venture in Brasil event to give the 50 corporations a chance to meet the local star entrepreneurs at the Cubo accelerator.

Today we move to the InterContinental hotel in the centre for a two-day conference to share lessons between international star corporate venturers, such as Claudia Fan Munce, Managing Director, IBM Venture Capital Group, local VCs, including Monashees partner Carlo Dapuzzo, who backed Brazilian real unicorn 99Taxis, and founders, such as Fabricio Bloisi, CEO of Movile.

The first day showed the strong demand by entrepreneurs for venture investment and the challenges they faced in setting up a business in a country ranked 120th for regulatory ease of doing business.

Naturally, in a market of 200 million people, many of the business ideas, such as Adalci Righi’s LogPyx and Marcela Drummond, founder of Myleus Biotechnology, were focused on the local market.

Others, such as Marcos Barcellos with his internet of things-enabled Athenas system for ports and Rafael Bottós, who with his twin brother had set up a laser industrial process in Switzerland, were eyeing a global market.

Perhaps the best line from an entrepreneur – to a rousing cheer – came from Taila Lemos, founder of Gentros, a biotech, who said she won a 75km ultra-marathon at the weekend and her first thought on crossing the finishing line was “my company will be big”.

They have increasing numbers of successful entrepreneurs to learn from, too. Felipe Matos, founder of a succession of startups over the past two decades, including most recently Dinamo to ‘hack’ government regulations to ease entrepreneurs’ lives and Startup Farm, which has just raised a micro-VC fund, gave the final keynote looking at the Brazil innovation ecosystem across a set of metrics adapted from US-based TechStars accelerator.

At the base of the ecosystem, Matos said increasing numbers of graduates (which is now more than a million people per year from university) wanted to be entrepreneurs – 62% in 2013 according to an Endeavor survey versus less than 10% a decade earlier from his estimate.

ApexBrasil is tracking 80 local firms wanting to develop a venturing and innovation programme and Matos said they had an important role to play in procurement from, acquisitions of and investing in entrepreneurs. However, he warned that seven corporation innovation programmes he had seen start had proved failures but the lessons learned could help others.

At the reception after his speech, Peter Seiffert, head of corporate venture capital at Embraer, noted it had taken a decade for his board to agree to setting up a venture fund (in 2014), but had been helped by showing the examples of peers from around the world from our Global Corporate Venturing data and magazine. 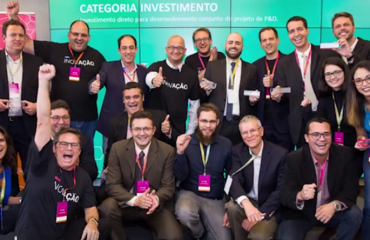 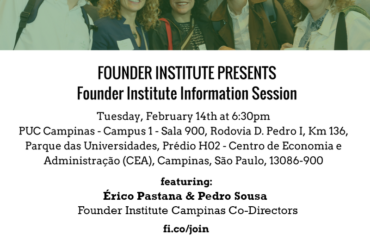